Lana Peck is a musical and visual artist and performer. She acts on stage, she performs vocally in audio theater as a founding member of the weekly radio program “Nutmeg Junction, she creates esoteric modern vaudeville on screen with Glum Puppet, she creates visual art and has created scenic paintings and props for theatrical productions and her visual artwork has been showcased in galleries and by private clients throughout Connecticut. She is often identified for her singing/songwriting career and she has performed at a songwriting showcase at “Don’t Tell Mama” in New York.

Lana Peck will be performing in the production of Mel Brooks Musical: Young Frankenstein at TheatreWorks in New Milford Connecticut. she will be portraying the role of Frau Blucher. So we hope you enjoy our chat with Lana Peck here, on Nutmeg Chatter.
Lana’s official website is lanapeckmusic.com 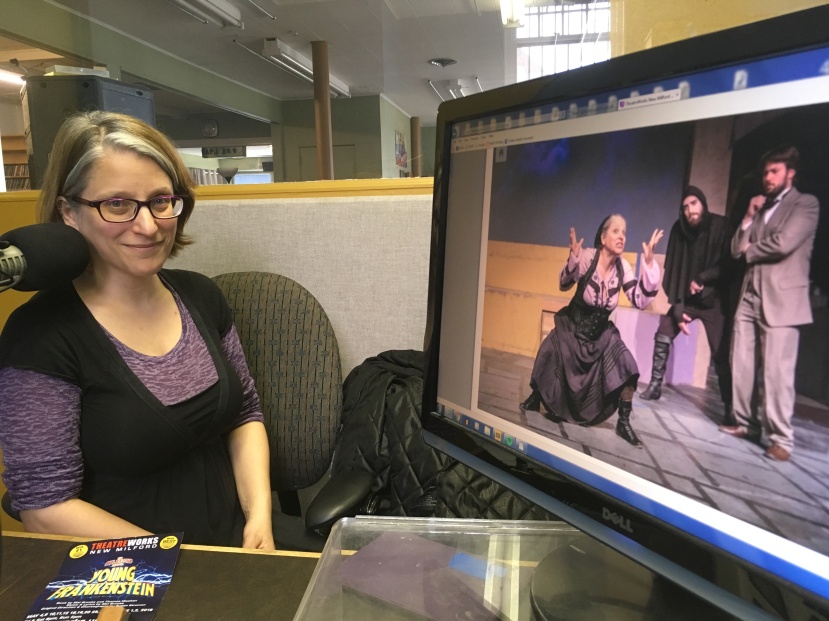