Plywood Cowboy is performing an album release concert at Bridge Street Live, 41 Bridge St., Collinsville, CT, on Friday, August 3, 2018 at 8 p.m.  Advance tickets ($15-$25) are available for this special evening at www.41bridgestreet.com.  The new album, titled “Blue Skies”, is the band’s first full-length album. It is a follow up to their debut EP. Both albums were produced at Riverway Studio with producer and Grammy-nominated composer Ira Sakolsky.  Influenced by the original sounds of country-western and rock n’ roll, the album presents a roots Americana palate with modern harmonic sensibility. Opening the evening is the Vermont-based duo Cricket Blue.

Born in the Connecticut River Valley in 2015, Plywood Cowboy continues to expand nationally. The band has been honored to open for the Grammy-nominated act Yarn, as well as for United States Poet Laureate Billy Collins, and has performed with members of Keith Urban’s band. In 2018, Plywood Cowboy won the Connecticut Folk Festival band competition, giving them the opportunity to share the CT Folk Festival stage with Jesse Terry and Martin Sexton.  The August 3rd concert marks their return to Bridge Street Live, following an enthusiastically received debut last year. The band has been credited as being “one of the best new bands on the Americana scene” by New York Blues Hall of Fame Inductee Chris Bergson.

The Plywood Cowboy concert will feature Austin Gray (guitar, vocals), Kat Wallace (violin, vocals), Emmet Hale (percussion), Shane Tanner (bass), Steve Dedman (keyboard, guitar, lead vocals) and special guest Ed Iarusso (pedal steel). When describing the band’s sound, Dedman says: “Country music, Americana music, rock music, folk music. It’s all music to me. It’s almost indescribable with words. I think most art is. It’s rooted in our DNA. Certainly in mine.”  With the new album, Dedman expresses gratitude for the gift of music, his fellow musicians, and everyone who takes the time to listen. The stories in the songs are both nostalgic and a forecast for “Blue Skies” ahead.

Opening for Plywood Cowboy is Cricket Blue, the Vermont-based duo of Laura Heaberlin and Taylor Smith. Inspired by diverse aspects of the American folk tradition, they write songs marked by close-knit harmonies and words about myth, confusion, love, and the ends of things. Heaberlin’s perceptive lyrical voice elevates everyday mundanities and makes the sublime pocket-sized. Smith threads images and characters into narratives that flicker between enigmatic and nakedly honest.

Tickets for the August 3rd concert at Bridge Street Live are $15 general admission and $25 VIP Reserved, and are available now at www.41bridgestreet.com or by calling (860) 693-9762. The box office opens at 5 p.m. on the evening of the performance, and doors for the show open at 7 p.m.  More information can be found at www.plywoodcowboy.com. 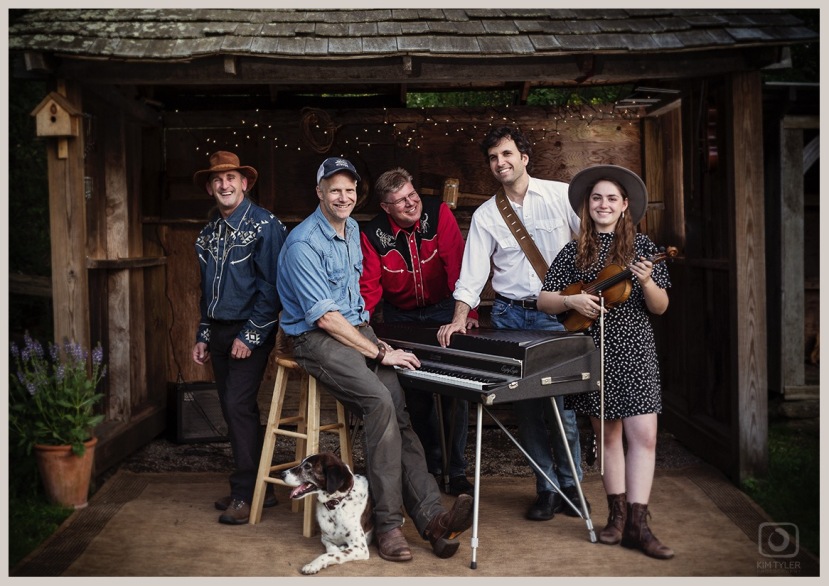